One of the most frustrating things is a bathroom sink that won’t drain.  If your sink is having trouble don’t start out by purchasing a liquid drain cleaner when the source of the problem is usually within reach.  Try this instead.  Although we must warn you that if your not a DIY’er or can’t stand the sight of soggy old hair then we recommend calling a pro.

This video shows you how easy it is to remove the stopper and get to the blockage.  The rest is up to you.

When we approach lighting a bathroom it is important to consider the type of bathroom and overall design before we make any lighting decisions.  Here is a very valuable article that lists various bathroom sizes and design styles with the best ways to light them:  How to install flattering lighting in a bathroom

It wasn’t easy to figure out the best way to work a joint compound or mud mixture into the perfect consistency.  Check out these videos to see a couple of different techniques, tools and styles to loosen it up and make it easily workable.

Planning on removing drywall? Be careful not to crack or destroy any adjacent surfaces you weren’t planning on removing by running a utility knife down the corners.  This will separate each surface (i.e. ceiling,wall, soffit, etc) and make removal easier and cleaner.  Don’t worry if the corner looks rough when you replace the rock, those corners are easily spacked smooth. Check out this video for an example and stay tuned to @askaremodelerli for more tips and remember to leave a comment below if you have any questions related to drywall or any other remodeling advice.

Some of these techniques were new to even us at DJ’s Home Improvements.

If your windows and doors haven’t been sealed in a couple of seasons chances are pretty good that drafts and leaks have been created from normal wear and operation.  These small drafts and leaks combined can add up to having a full window open all the time. Here is another specialist video, who makes this claim, and demonstrates some quick solutions and tips for these and other home weatherproofing problems.

The approach in the video is appropriate and will give you great results as a homeowner and save you money.  It’s unbelievable how different your shower or tub will look without those stains.

If you can’t stand the sound of a utility knife on porcelain tiles get the gist of the removal process and skip to 2:40 seconds.

Scroll through some of work on http://www.houzz.com/

Modern Kitchen by Toronto Photographers Andrew Snow Photography
Mixing up white textures and heavy grains showcases the natural beauty of the wood.
Whether attempting  a modern look like this kitchen: 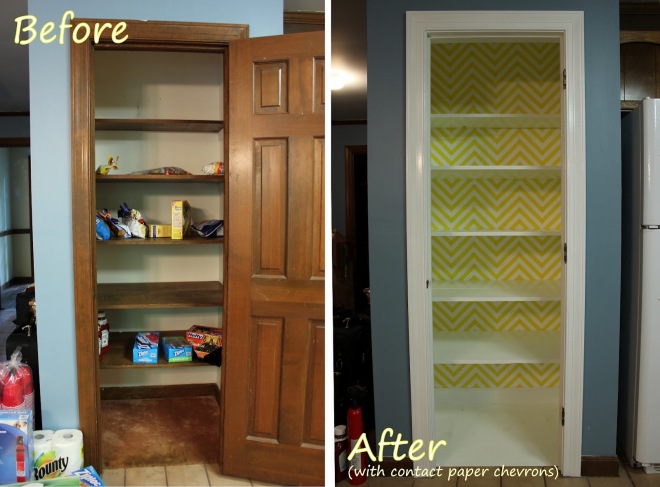 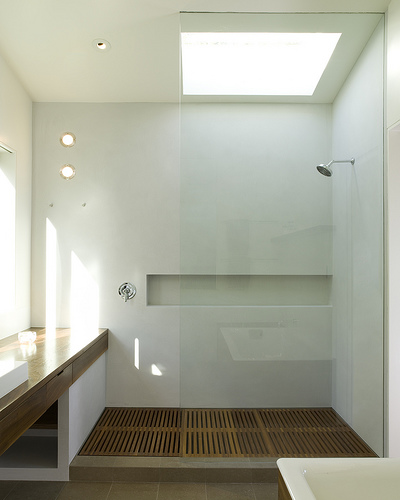 According to the Wall street Journal

The shower gets more use than the bathtub in many households. That’s why some homeowners are ripping out their tubs completely, creating bigger showers instead.

Extra shower space allows for multiple shower heads, a built-in seat and designs without shower doors, said John Petrie, president of the National Kitchen and Bath Association, in an email interview about current kitchen and bath trends. They can be designed without a threshold — which look more contemporary and are easier for people to use as they get older.

“People really like the bigger showers. They like that there’s elbow room,” said Susie Johnson, a real-estate agent with Coldwell Banker Gundaker in St. Louis. Meanwhile, comments she hears from prospective buyers about whirlpool tubs when walking through a property are often along the lines of: “That’s a nice tub but I don’t take baths,” she said. 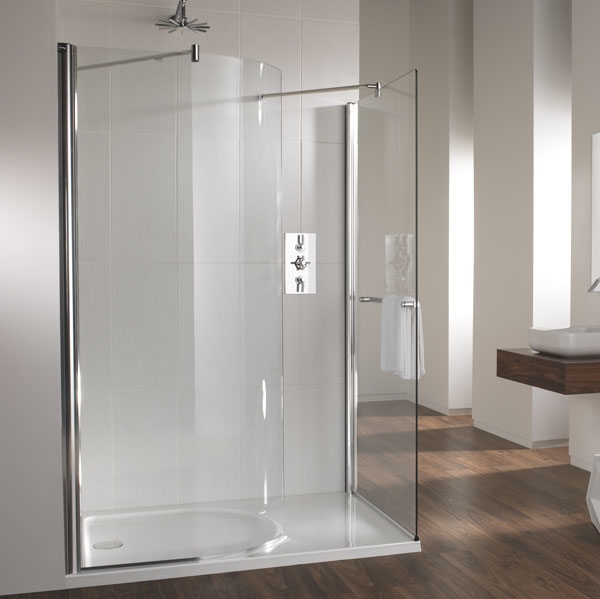 Now, keep in mind that a home should still have at least one bathtub, Johnson added. Having a tub will be important at resale for some buyers, particularly those with small children. For high-end homes, buyers expect a shower and a separate bathtub, especially in the master bath, she said.

One other possible consideration before ripping out a bathtub is how it will be viewed by multiple-listing services when you’re selling the home. Realtor.com, for example, defines a “full bathroom” as having a toilet, a sink and a bathtub. A room with a toilet, sink and shower is a “three-quarter bathroom.” A room with only a toilet and sink is defined as a “half bathroom” or “powder room.”

But those definitions aren’t universal, and often a full bathroom is considered as any room in which a person can bathe (be it by bath or shower), Johnson said. Besides, descriptions of what the bathrooms contain are often included in the listing, which clears up any confusion, she added.